There Is an Amazing New Therapy for Hair Loss Called PRP

The first ever hair transplant was performed by Dr Norman Orentreich in New York City in 1952. He coined the term “donor dominance” which explained the basic principle of hair transplantation which is that hair that is growing perfectly well in one part of the head will continue to grow well even when transplanted into an area where the hair is not growing well, if at all. 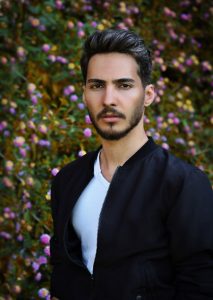 It continues to grow just as if it was in its’ original location.

So far, so good, but unfortunately just getting the hair to grow didn’t necessarily mean a pleasing aesthetic result. Dr. Orentreich was using grafts that were 4mm wide which made a natural looking result almost impossible. However, people who wanted a transplant had to make do with what became known as these hair plugs.

Then in 1984 surgeons began to use what were known as mini-grafts which were smaller groups of hair follicles, and then these developed into micro grafts of as little as one to two hairs. They were taken from a strip of hair removed from the back of the head.

Following this, in 1994 Dr Robert Bernstein developed the idea of transplanting only naturally occurring units of one to four hairs called follicular units and this has been refined into what is known as follicular unit extraction which was further advanced by Restoration Robotics Inc., with the conception of the ARTAS robotic procedure for hair transplantation. This was introduced only ten years ago in 2011.

However, today we have some non-traditional hair loss treatments, one of which we have started to use at Silicon Valley Hair Institute called PRP. This stands for Platelet-Rich Plasma and uses some of the patient’s own blood. PRP has been used as a medical treatment for a number of conditions for several years, but only recently have we been using it as a non-traditional hair loss treatment, and it is proving remarkably successful.

PRP involves taking a sample of blood and spinning it in a centrifuge which has the effect of separating the solid parts of the blood from the liquid. This solid part of the blood plasma contains between three and five times the number of platelets in the normal blood that circulates in the body. This is then injected into areas of the scalp that have thinning hair and has the effect of stimulating growth.

This new, non-traditional hair loss treatment is such a recent development that it is not widely available, but we can and do provide it a Silicon Valley Hair Institute as we are always at the forefront of any new developments that can help our patients.

For further information, book a free consultation with our Dr Miguel Canales who can assess whether you are suitable for PRP and can answer all your questions.