Both Men and Women Can Lose Hair, but in Different Ways

Losing your hair is something that happens to very many men and women, and it is a sign of aging. As we get older, we tend to lose more hair, and this can have a very depressing effect on some people. It is precisely because it is a sign of aging – and none of us wants to get older. Of course, we all get older every day, but what we don’t want is to look older. 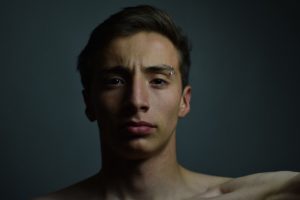 Today, there are all sorts of different procedures that can be used to delay the appearance of aging. So, there are things such as Botox, a facelift, a neck lift, and so on, which can help to remove wrinkles and lift sagging skin and can have a dramatic effect on the appearance. Some people really do look 20 years or more younger and that can also have a positive effect on the spirits, so it is something that is well worth doing.

Another issue is hair, of course. Many people lose hair, but men and women tend to do it in different ways. Men very often develop bald patches where there is no hair growing at all, and can often become totally bald, whereas women generally start to have thinning hair where the scalp is visible because of hair loss, but there are no great bald patches. There are still some hair follicles growing in the area – just not enough of them.

We are at the Forefront of the Latest Developments

Fortunately for these women, at Silicon Valley Hair Institute, we are at the forefront of the very latest developments in hair restoration, one of which is PRP for women’s hair loss. This is a brand-new procedure which is proving very effective in re-growing hair in thinning areas.

PRP For women’s hair loss involve using a sample of the woman’s own blood which is spun in a centrifuge and has the effect of separating out the solid parts of the blood from the liquid. This results in plasma which has between 3 and 5 times the number of platelets in the normal circulating blood, which is why it is called PRP – Platelet-Rich Plasma.

PRP for women’s hair loss needs to be repeated four and eight weeks after the first injection, and then perhaps every three months, depending upon the individual response. Fuller, thicker hairs start to develop between 2 months and 6 months after the initial procedure.

If this is something that may interest you, then make an appointment to see our Dr. Miguel Canales for a free evaluation of your hair and get his recommendation.