Bay Area Residents Are Open to Innovation, Such as PRP for Hair Loss

If you are one of the many people who suffer from thinning hair as you get older – which happens to a large percentage of the population – it can affect you in different ways. Some people take very little notice and regard it as just part of the process of aging, while for others it can be a very distressing experience. 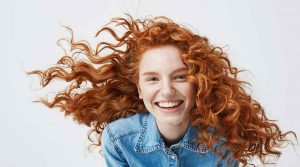 If you should fall into the latter group, the good news is that today there are several possibilities for dealing with thinning hair and hair loss, including one recent development which is known as PRP for hair loss in the Bay Area.

For some people – men in particular – a hair transplant may be the answer. This can restore hair to areas of the scalp which have become totally bald, and this is something that happens to a lot of men.

Women, on the other hand, are very often different. They tend not to suffer from completely bald areas on the scalp, but rather have areas where the hair becomes noticeably thinner. Of course, a hair transplant is still a possibility, but recent developments in the issue of hair loss have produced a new “high-tech” procedure which is known as PRP for hair loss (available in the Bay Area) and is proving to be successful in restoring areas of thinning hair both in women and in men.

It involves the use of the patient’s own blood, a small sample of which is extracted and spun in a centrifuge. The effect of this is to separate out the solid portions of the blood so that the plasma then contains between three and five times the amount of platelets found in the normal blood circulating in the body.

Platelets are what begin the process of coagulation when you cut yourself, and the PRP – Platelet-Rich Plasma – is then injected into the areas of thinning hair on the scalp. It seems that this helps to promote the growth of very fine miniaturized hairs on the scalp into much thicker full hairs, thus filling up the thin areas.

It does seem to take some time for the effects to be noticed, and typically this will be between 2 months and 6 months. The procedure does need to be repeated after the initial treatment session, and we administer the next two treatments at four week and 8 weeks after the initial one. Thereafter, we provide additional treatments every three months or so, depending upon the individual response of each patient.